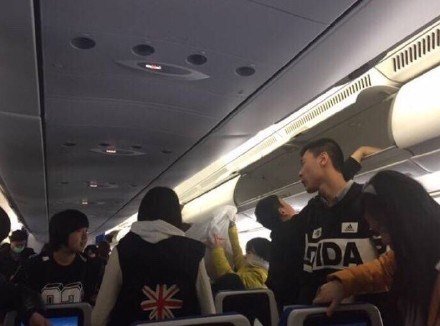 A plane from London Heathrow to Shanghai with 186 passengers on board made an emergency landing in Siberia yesterday 14 february 2017.

The China Eastern Airlines airbus A330-200 requested permission to land in Krasnoyarsk after an alarm indicated a fault in the aircraft’s right side engine and successfully landed at 1100 LT.

On board were 186 passengers and 13 crew members.

The press-service of Yemelyanovo airport reported: ‘Technicians are now checking the plane. ‘Passengers are in the transfer hall. If the cause is not resolved, an extra aircraft will be sent for them.’

Later the airport authorities said a replacement aircraft was being sent to pick up the stranded passengers. They are expected to depart for Shanghai at 2300 LT.