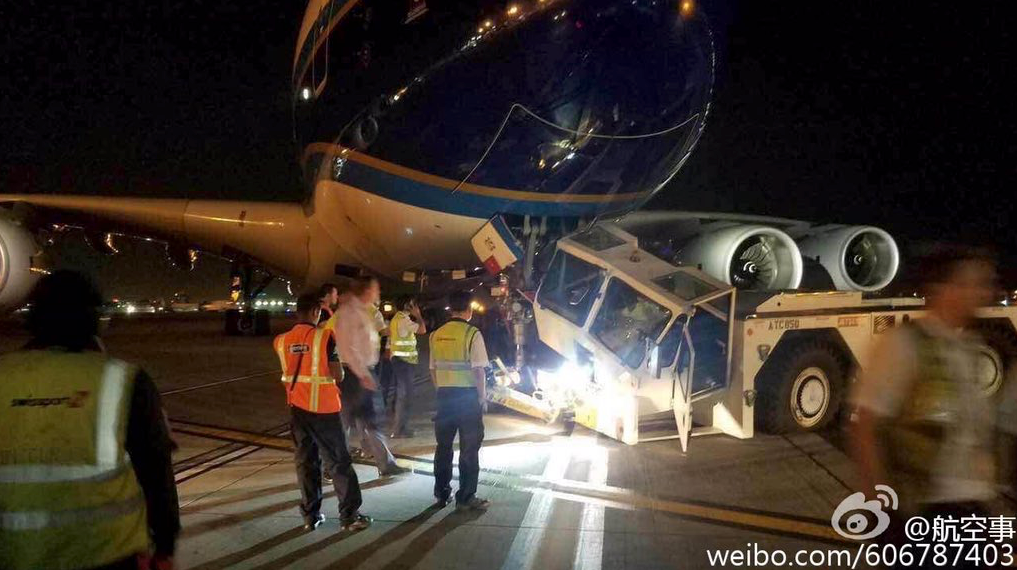 China Southern Airlines flight #CZ328 from Los Angeles 1420 to Guangzhou collided with the truck late Thursday night on the tarmac.

One employee who traveled in the airport tug was treated for minor injuries at the scene.

According to airport police, 447 passengers and 28 crew members were on board the aircraft when the crash took place, however, no other injuries were reported. 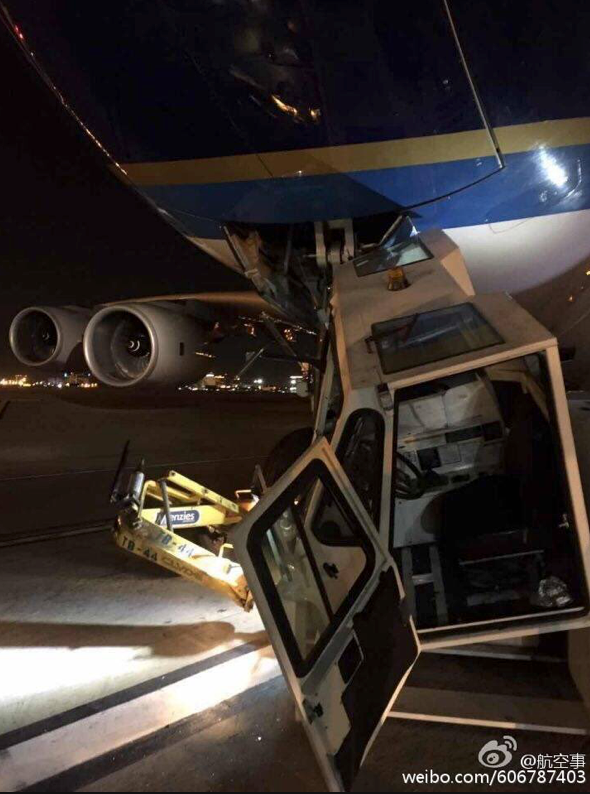 The airplane was taxied to the terminal. Two flights were subsequently cancelled as a result of the incident.