EMERGENCY Delta Airbus A320 windshield and radome damaged by hail 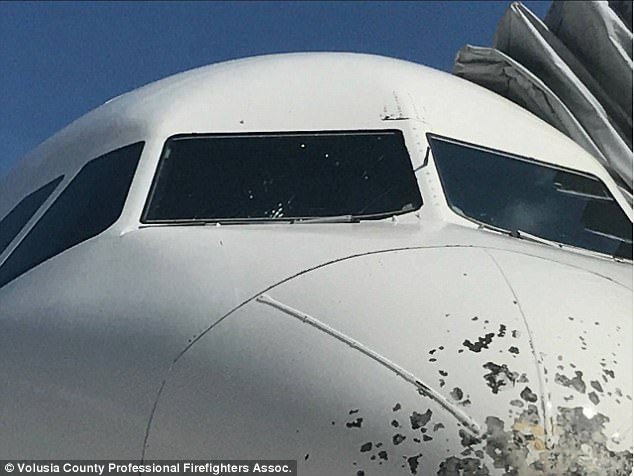 Passengers aboard a Haiti-bound Delta airline are stranded after the aircraft had to make an emergency landing.

A cracked windshield as well as chipped off paint can be seen in photographs released by the Fire Services.

The aircraft which touched down in Florida at 3:51 pm was carrying 157 people, and no one was hurt, officials said, – although firefighters were on standby.

The aircraft was carrying 157 passengers, and no one was injured.

Passengers say they felt the plane suddenly drop many times as it braved a storm and heavy turbulence before the emergency landing.