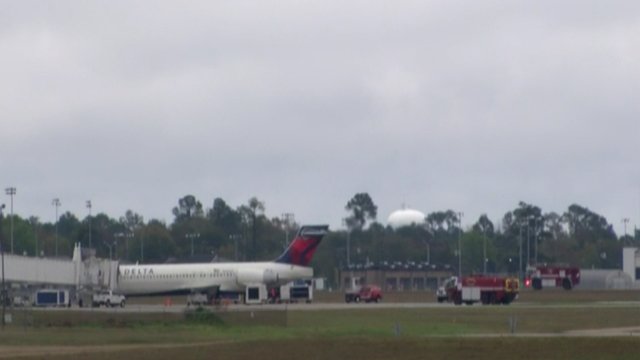 Authorities in Harrison County responded Sunday morning to a plane in distress at Gulfport-Biloxi International Airport.

The call came in shortly after 9:30 a.m., saying that Delta Flight 2312 had a “loss of flight control.” The plane landed safely with 98 people on board.

Airport officials confirm a Delta flight inbound from ATL declared an emergency prior to landing at GPT. #BreakingNews @WLOX

According to Delta’s website, the plane is a Boeing 717-200. It was originally scheduled to proceed to Atlanta from Gulfport but is now delayed over 3 hours.

A representative from Delta Airlines says when a flight has an emergency maintenance issue while in the air, they are able to call for a priority landing to ensure they get on the ground quickly and safely. In this incident, she said the plane calling for a priority landing was more precautionary than anything. The Boeing 717 will receive maintenance and any necessary repairs before leaving Gulfport to go on to Atlanta.