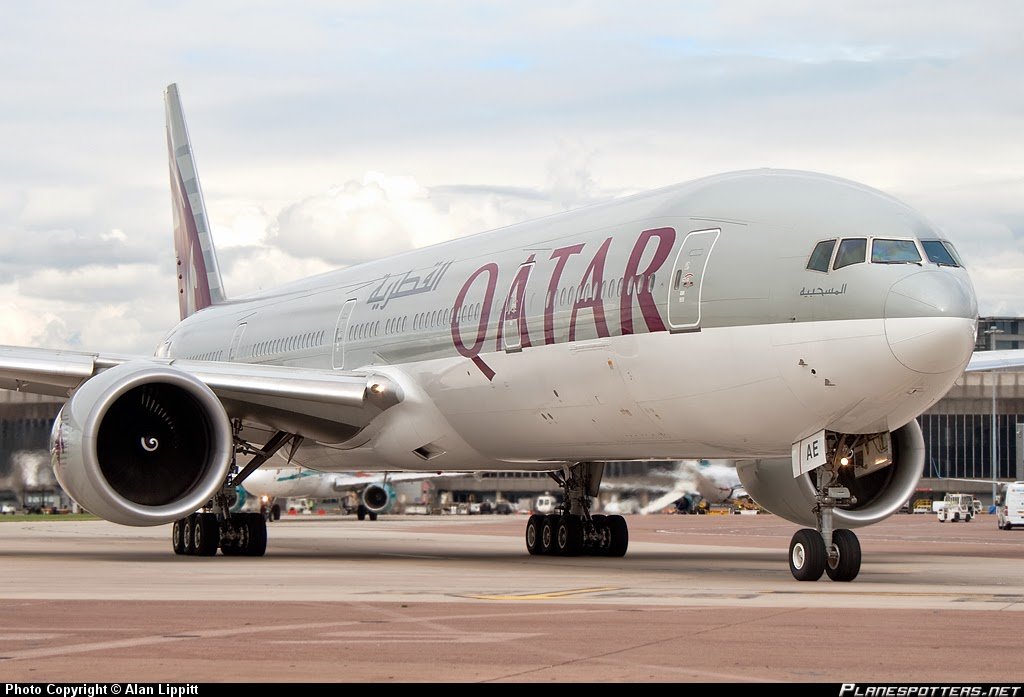 A plane flying from New York to Doha made an emergency landing in Manchester to haul off a drunk male passenger on board.

The Qatar Airways flight was diverted after the pilot decided he wanted to remove the man who was causing a disruption and had to be restrained by staff.

The suspect was arrested and taken away for questioning by Greater Manchester Police.

The plane was left sitting on the tarmac for two hours as the pilot arranged a new departure time with air traffic control bosses.

A woman also on the Boeing 777 flight was taken off the plane after she complained of feeling poorly, a condition unrelated to the aggressive passenger, Manchester Airport said.