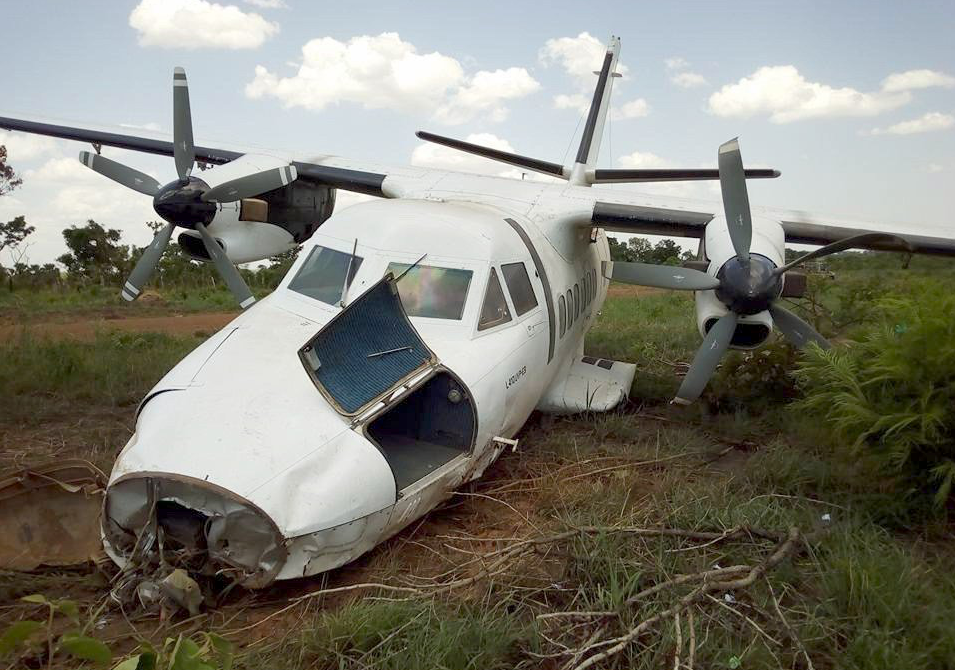 All 17 passengers and three crew members from Uganda survived, a crew member said.

Pilot Caxton Mukasa told Radio Tamazuj that the plane was heading to Uganda. He explained that the crash was caused by an engine nozzle failure immediately after take-off from the runway in Yei town.

Meanwhile, a passenger who identified himself as Samson called upon the South Sudanese government to investigate the cause of the incident and ban old planes from operations in the country.

“When it ran about three kilometers on the runway and when it was about to take-off, the plane refused to fly and most of the passengers on board were shocked and I tried my best to open the door and pull some people out,” he said.