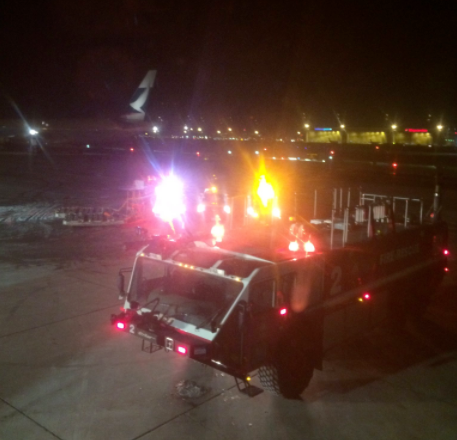 An El Al Israel Airlines flight departing from Toronto Pearson International Airport was forced to return for an emergency landing after reporting an engine fire.

The Boeing 767-300 ER to Tel Aviv, landed safely 40 minutes after takeoff. Emergency crew were on the scene to meet the aircraft on the runway. No injuries were reported.

Aircraft declared Mayday and returned to Toronto with full Fire Services in attendance.