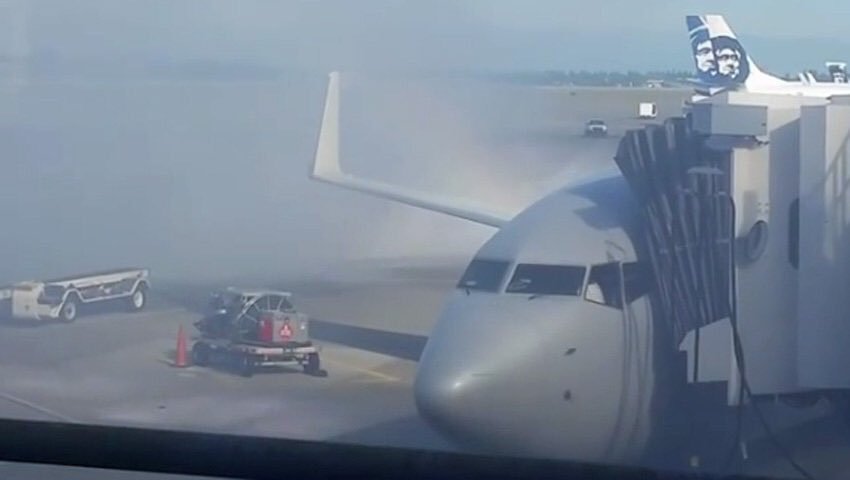 All passengers had to deplane after a fire broke out outside an American Airlines flight at Sea-Tac Airport Monday morning.

Sea-Tac Airport spokesman Perry Cooper said a ground start unit that is used to help start the engines caught fire at about 8:30 a.m. The starter hooks up to the aircraft externally, and when it caught fire, it was pulled away from the plane.

Port of Seattle fire responded and doused the flames. Everyone deplaned safely.

There was no damage to the aircraft.

The flight, which was scheduled to leave at 7:43 a.m., was at first delayed until 10:52 a.m., according to FlightAware.com. It has since