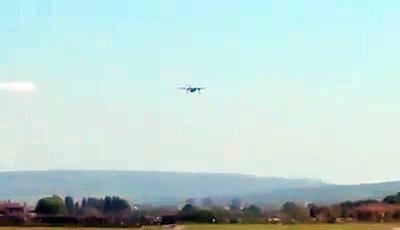 FlyBe #BE292 Edinburgh-Manchester (Dash 8 G-PRPH) declared an emergency and landed with only one engine running at Manchester Airport.

The Flybe flight, which was travelling from Edinburgh to Manchester, was seen circling around the airport before it landed.

A Manchester Airport spokesman confirmed the plane landed safely at the airport at 11.17amg.

A statement from Flybe said: “Flybe can confirm that the flight landed safely at Manchester Airport following a technical fault that resulted in the captain electing to shut down the number two engine as a safety precaution. The pilot followed all required procedures and the aircraft landed safely without further incident.