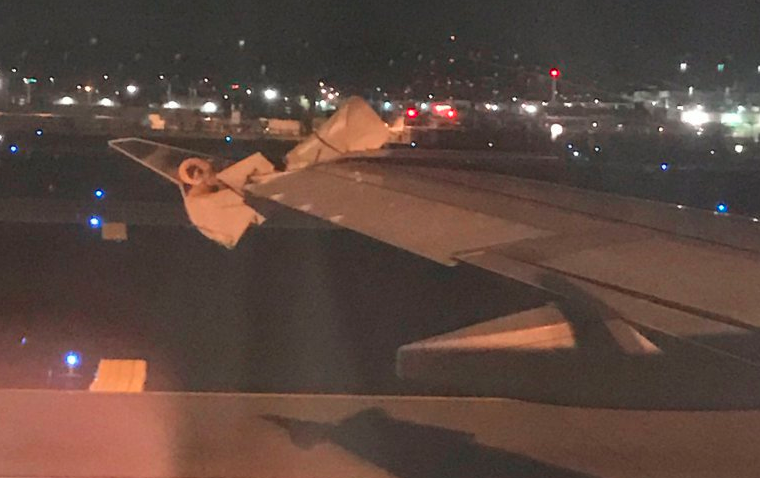 A Frontier Airlines A320 clipped the wing of an arriving Southwest Airlines Boeing 737 coming from Oklahoma City at Phoenix Sky Airport around 2000LT.

Southwest Airlines released a statement shortly after the incident at Terminal 3 saying: “Southwest Flight #WN4182 was taxiing to the gate at Phoenix Sky Harbor Airport when another airline’s aircraft pushed back from a gate and made contact with our aircraft. There were no Customer or Employee injuries. Our aircraft is currently out of service for repairs and the Customers who are traveling to Denver will be accommodated on another aircraft, arriving approximately 50 minutes late.”

Frontier Airlines also released a statement shortly after Southwest Airlines: “Frontier Flight #F9756, an Airbus A320, scheduled to operate from Phoenix to Denver was cleared to push back from the gate in Phoenix. While the aircraft was being pushed back, an aircraft belonging to another airline made contact with our aircraft. No injuries have been reported. There were 163 passengers on board and a crew of six. Frontier is cooperating with the NTSB and FAA in the investigation and is working with customers to accommodate them on other flights.”

A Phoenix Fire spokesperson said at least one plane had a fuel leak. The Denver-bound Frontier flight is transferring passengers to another plane.

No delays have been reported as a result of the incident and the Federal Aviation Administration is investigating.