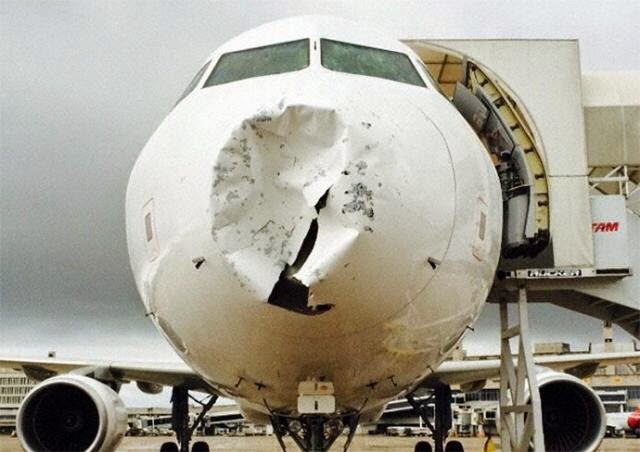 An airplane of the Brazilian airline TAM Linhas Aereas was forced to turn around and rest at Rio de Janeiro (Brazil) after the aircraft has passed in a violent hailstorm and has undergone significant damage.

The Airbus A321 flight #JJ3307 flight, which was to make the connection between the Galeao Airport in Rio de Janeiro and Fortaleza International Airport (Brazil)  took off at 17h15 local time and was flying for a short time when passed in the middle of a hailstorm .

Both windshields of the cockpit was starred by the impacts of large hail as the radome of the aircraft’s nose was pressed.

The pilots then decided to turn back to rest in Rio de Janeiro.
The plane sat forty minutes later, amid security vehicles came to wait and there were no injuries.
The passengers were disembarked and transferred to the terminal until the airline can carry them to their destination.