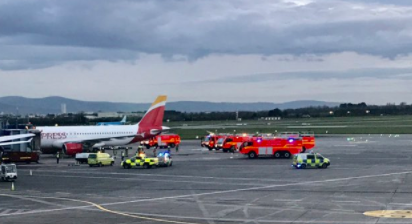 Iberia Express A320 (reg. EC-MEG) from Madrid (MAD) was refueling at Dublin Airport (DUB) at around 1800 LT today when emergency services rushed after leaking fuel was reported.

A Dublin Airport spokeswoman said: “The Iberia plane was experiencing fuel spillage but our emergency attenders were able to rectify the matter in a short space of time. The plane’s passengers were not required to disembark while the matter was ongoing”.

The return flight is one hour late.