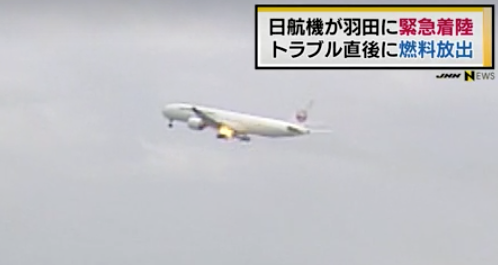 Video footage appeared to show flames shooting from one engine of the Boeing 777 soon after takeoff.

A bird strike was believed to be the cause, although it was still being investigated, the spokesman said.

The Boeing 777 dumped prior to return to Tokyo Haneda Airport.

The plane, bound for New York, was carrying 233 passengers and 15 staff.