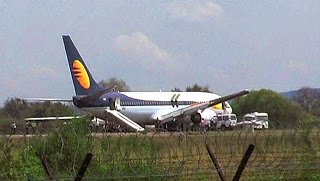 A Jet Airways flight from Bangkok carrying over 200 passengers landed safely at the Delhi airport on Wednesday night after its commander fell ill mid-air. A passenger helped the co-pilot land the plane.

Flight 9W063 was half way through its journey when the captain fell ill, forcing co-pilot Samir Malhotra to take over the aircraft and declare an emergency as per air traffic regulations.

The flight was then accorded high priority to land at the Indira Gandhi international airport, and Malhotra safely touched down with help from another Jet Airways pilot who was travelling onboard as a passenger.