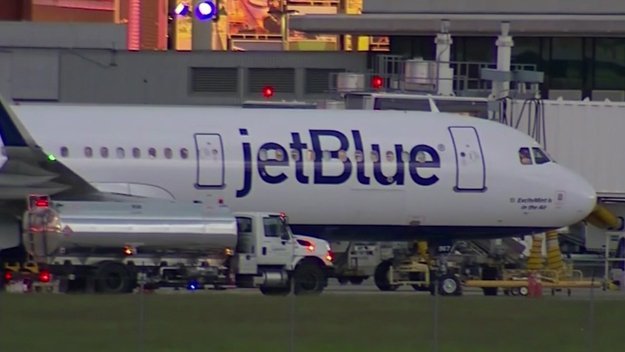 A JetBlue plane was forced to make an emergency landing in Michigan after smoke was detected coming from an overhead bin on a flight from New York to San Francisco due to a lithium battery in a passenger’s laptop.

The JetBlue Airbus A321, with 158 passengers and crew on board, landed safely at Gerald Ford International Airport in Grand Rapids, Michigan, at around 8pm local time Tuesday.

Airport authorities said the fire onboard the aircraft had been extinguished by the time the plane landed.