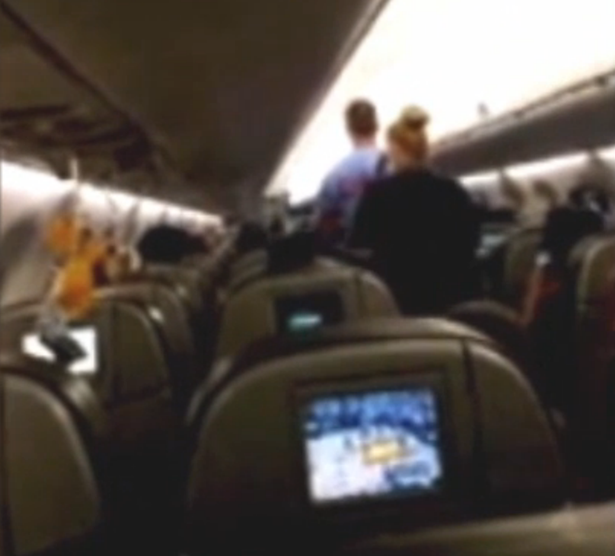 A JetBlue flight was hit by severe turbulence causing a refrigerator to ‘explode’ and leaving eight people injured.

Frightened passengers described the shaking plane as being ‘like a movie’ after oxygen masks fell from above their heads and they were ordered to fasten their seatbelts.

The flight from San Juan , Puerto Rico, was travelling to Orlando, Florida, when it reportedly crossed into the path of a storm.

Cabin crew were making their way through the aisle with their trolleys filled with food and drinks when the aircraft began to violently shake.

The plane landed safely at Orlando International Airport at 9pm local time and medics rushed on board to tend to the eight injured, who were then taken to Florida Hospital East.