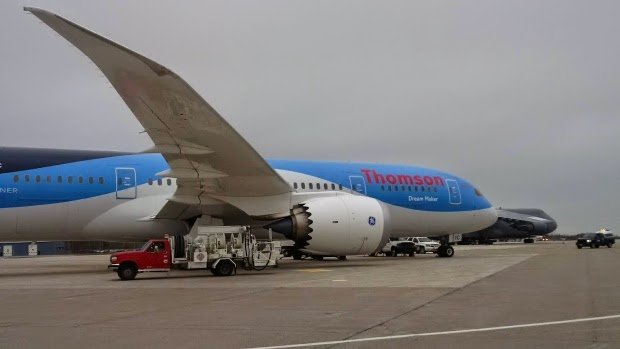 A man who thought he was having a heart attack caused a flight from West Sussex to make an emergency landing in central Newfoundland on Wednesday.
The 66-year-old and his family were met at the Gander International Airport by members of Central Health.
The man was still in Gander as of Thursday morning.
His condition is unknown.
The 787 Dreamliner, Boeing’s newest and most fuel-efficient aircraft, was heading to Cancun from Gatwick Airport.
The plane was back in the air and on its way a few hours after the man was taken to hospital.
Category: EmergencyBy admin4493December 11, 2014
Share this post
Share on FacebookShare on Facebook TweetShare on Twitter Share on WhatsAppShare on WhatsApp Share on LinkedInShare on LinkedIn