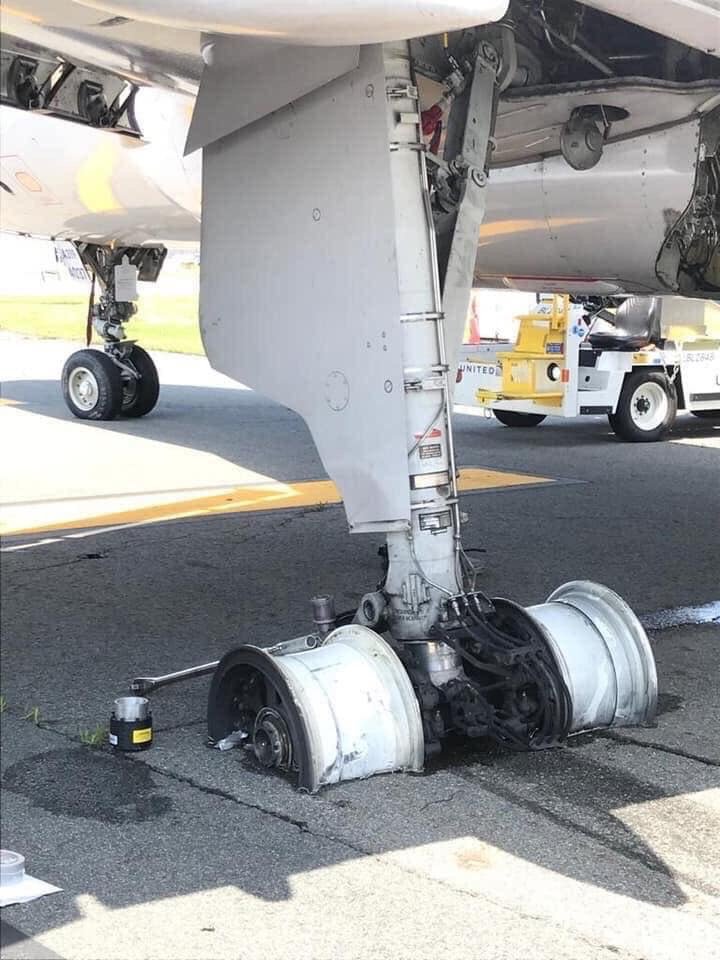 Newark Liberty International Airport was shut down for about an hour Saturday morning due to an airport emergency.

The Airport’s official Twitter account said shortly before 9 a.m. that “due to an airport emergency there are currently no arrivals nor departures from Newark Airport.”

United Airlines’ official account subsequently informed customers that the Federal Aviation Administration initiated a mandatory ground stop at the airport because of a disabled aircraft on the runway. 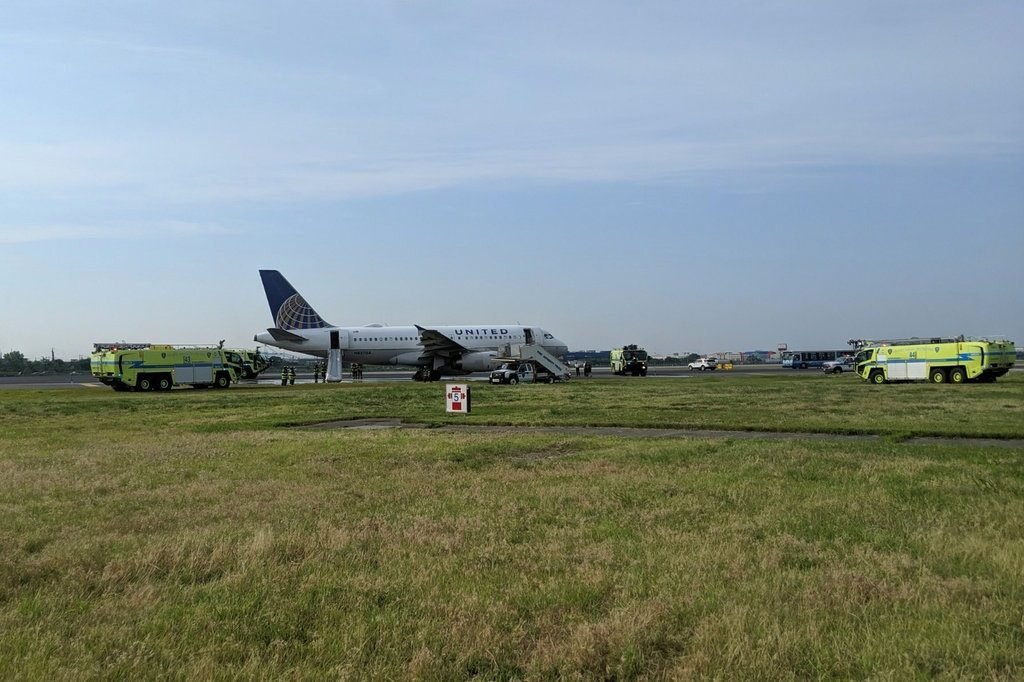 United #UA2098 from LaGuardia Airport diverted to Newark and was evacuated via slidestaking. Emergency crews rushed to the plane after landing due to blew two tires.

The Airbus A319 (reg. N837UA) suffered major damage  as its left main gear axle was grinded into asphalt after both tires burst on landing.