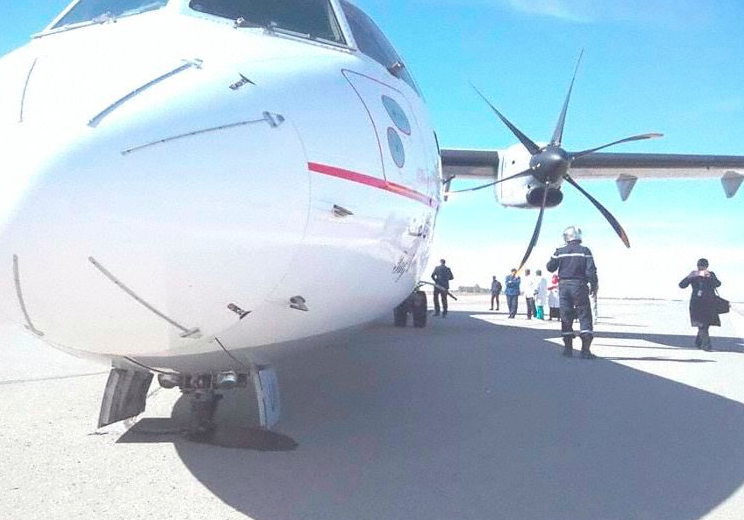 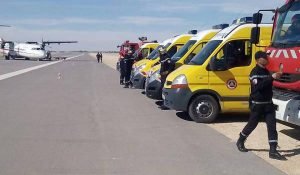 During landing, front tires blew up which caused the nose gear of Air Algérie ATR (reg. 7t-VUN) to collapse. Flight AH6252 from from Algiers skidded on the runway and was evacuated by emergency services. No of the 64 passengers were injured.