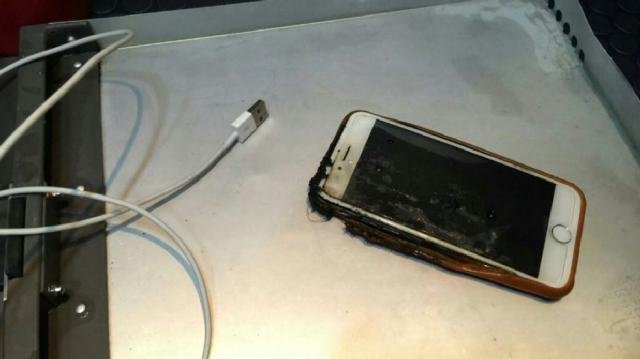 An Alaska Air spokesperson said a passenger’s cell phone caught fire Thursday night after flight 807 had left Bellingham, Washington, and was about 90 minutes away from landing in Honolulu, Hawaii.

The Alaska Air spokesman told ABC News, “The fire was quickly extinguished by our flight attendants, who are trained for situations like these.”

There were no injuries or damage and the plane continued to Honolulu, an FAA spokesman told ABC News.