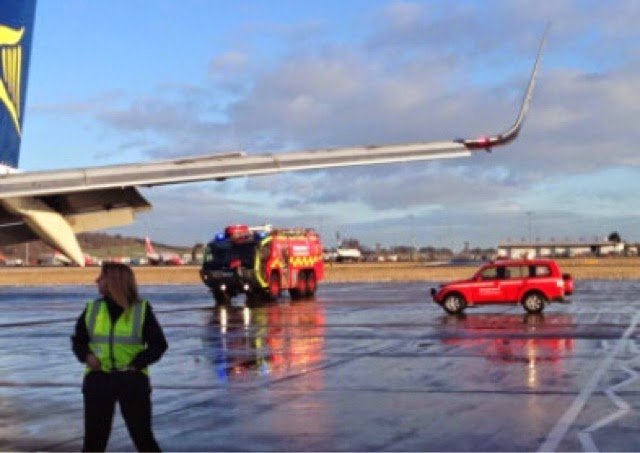 A Ryanair plane was forced to make a dramatic landing at Edinburgh airport this morning just minutes into the flight.Passengers on the 8.05 to Dublin reported hearing a loud bang seconds after takeoff, before the captain veered sharply off course and piloted the plane back towards the runway.Bewildered passengers were met with fire crew and the emergency services before being informed that one of the plane’s tyres had burst on takeoff and it was unsafe to proceed to Dublin.As buses whisked the travellers to the terminal building, they saw the shredded rubber lying in pieces on the runway.