A small corporate jet made an emergency landing at Denver International Airport on Wednesday afternoon with its landing gear up, according to airport officials.DIA said on Twitter at 3:23 p.m. that the plane had landed and all passengers were safely evacuated.The Hawker Beechcraft H25B plane with three people on board departed from Centennial Airport about 11 a.m. and soon after reported a problem with its landing gear, officials said.The FAA said the plane blew a tire and damaged the hydraulic system on takeoff.The aircraft circled the airport for several hours to burn fuel in preparation for a landing. 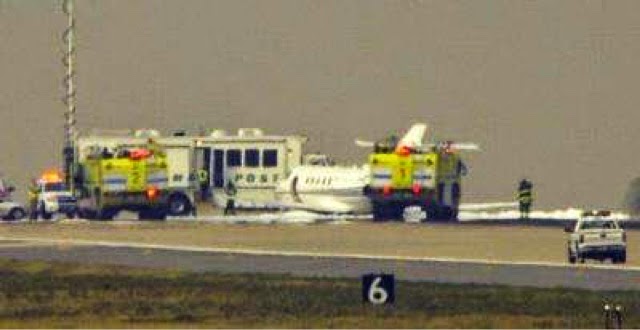