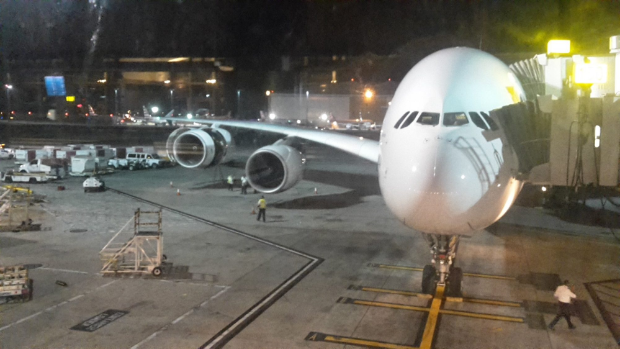 Qantas flight #QF94 from Los Angeles to Melbourne has been turned around two hours after take-off when sparks were seen coming from an engine. 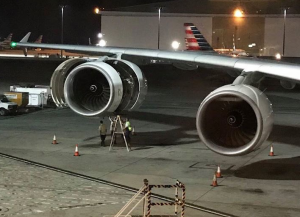 The A380 had been due in Melbourne on Sunday morning, but the pilot was forced to turn the flight around mid-air after one of four engines on board failed. It arrived back at LAX about 3am local time.

The Australian Transport Safety Bureau had little information about the flight, spokesman Michael Walker said, and planned to gather further detail before deciding whether an investigation was warranted.