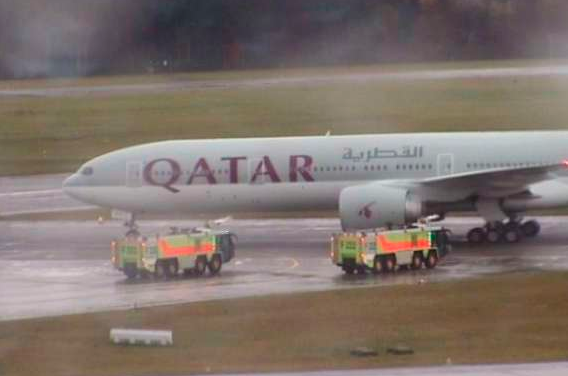 A Qatar Airways flight travelling to Doha from Miami was forced to make an emergency landing in Zurich on Saturday afternoon after crew detected smoke onboard.

Flight QR778 landed safely at the Zurich airport and requested emergency services to check whether there was any problem.

All the passengers onboard the Boeing 777-300 were evacuated.

In a statement to Doha News, Qatar Airways said the flight was diverted because of a “technical issue.”

A replacement Boeing 777-300 aircraft was dispatched from Doha to Zurich, and after picking up the passengers, returned to the Qatari capital with an estimated total delay of 10 hours.