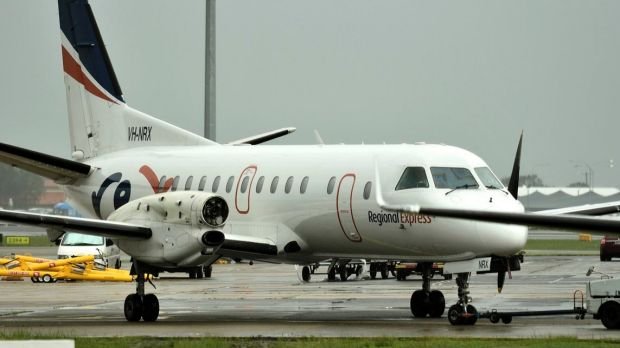 The Saab 340 flight #ZL768, carrying 16 passengers and three crew, was about 10 nautical miles from Sydney Airport when its right-hand propeller flew off, leading the two pilots to declare a PAN, which is one step down from a full-scale Mayday.

The pilots are understood to have felt a vibration and were about to shut down the right-hand engine when they looked out the cockpit window to see the propeller – rotating at thousands of revolutions per minute – disappear over the plane’s wing.

Following the PAN call to air-traffic control, emergency services readied for the 34-seat plane’s arrival at the airport, but it landed safely shortly after midday on Friday.

The plane was towed to Regional Express’s hangar near the domestic terminal at Sydney Airport.

Given the proximity of the turboprop aircraft over built-up areas near Sydney when the mid-air incident occurred, aviation sources said it was fortunate that the propeller did not injure people on the ground.

The plane was likely to have been above Camden in south-west Sydney when the propeller sheared off.

Early inspections of the plane suggest that the propeller has broken away from the shaft in the engine.

The Australian Transport Safety Bureau (ATSB) is investigating the incident and has advised anyone who finds aircraft debris to not handle it but report it to authorities.