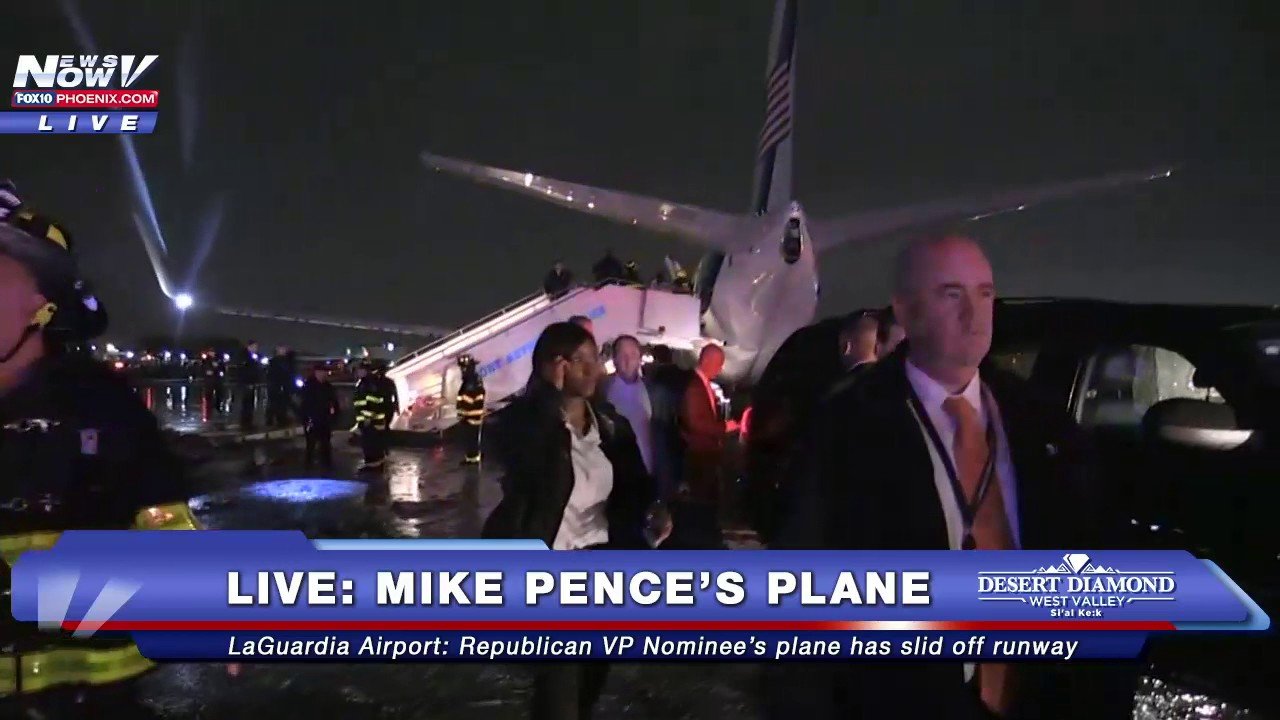 A plane carrying Republican vice presidential nominee Mike Pence skidded off a runway Thursday night as it landed at LaGuardia Airport in New York.
There were no reported injuries in the rough landing, which occurred on a rainy Thursday evening in the city.
The press pool in the back of the aircraft, a Boeing 737-700 chartered from Eastern Airlines that was painted with the campaign’s logo, could feel the plane fishtailing as it touched down and sliding off the runway before coming to a very sharp halt in the grass off the side of the runway.
Once the plane came to a full stop, the Indiana governor walked to the back of the plane to check on the press. As everyone on board deplaned, Pence could be seen speaking with emergency responders.
A spokesman for Pence said the vice presidential nominee would retire to his hotel for the evening, canceling an appearance at a closed-door fundraiser that had been scheduled in Trump Tower. He called into the event instead, a senior Pence aide said.
October 28, 2016
Share this post
Share on FacebookShare on Facebook TweetShare on Twitter Share on WhatsAppShare on WhatsApp Share on LinkedInShare on LinkedIn