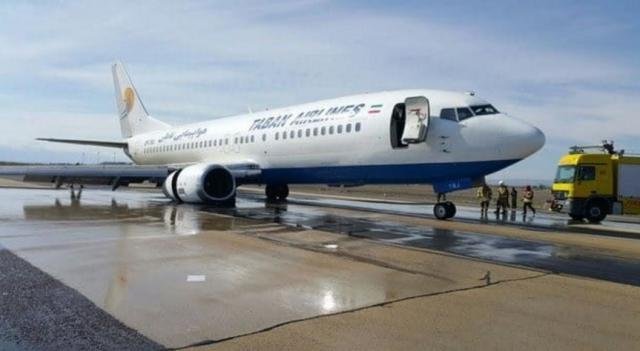 The Taban Air flight #HH6243 from Mashhad, Iran was stuck on runway at Ardabil, Iran after the right main gear collapsed during landing.

The Boeing 737-400 (reg. EP-TBJ) suffered damage after the right engine hit the ground.

The emergency services immediately reached the aircraft and passengers were disembarked before to be transferred to the terminal.

There were no injuries but an investigation was opened to determine the causes of the incident.