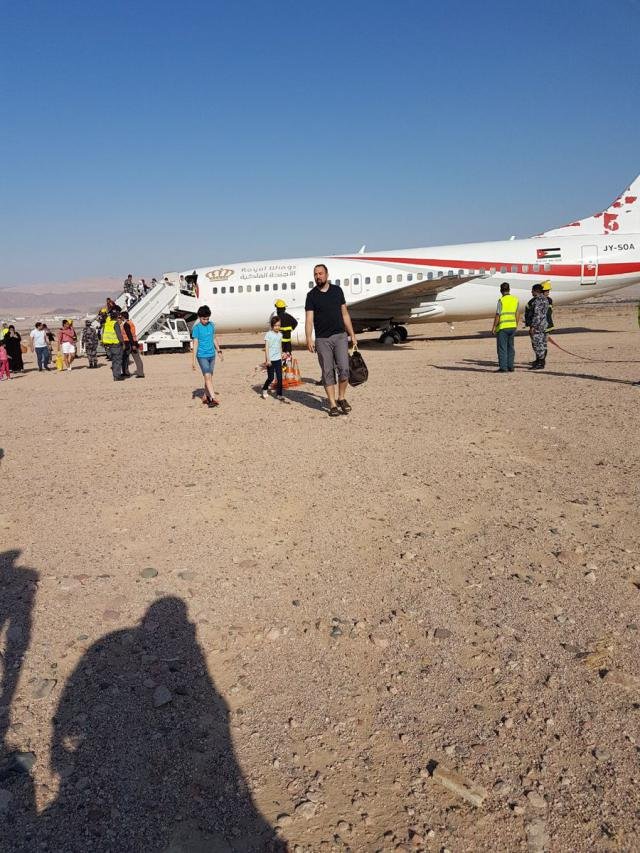 A Royal Wings Boeing 737-300, on behalf of Royal Jordanian, performing flight from Amman to Aqaba (Jordan) with 126 people on board, landed at Aqaba but went off the paved surface of the runway and came to a stop of soft ground.

There were no injuries, the aircraft sustained minor damage. The passengers disembarked onto soft ground via stairs and were bussed to the terminal.

The airline confirmed a runway excursion disabling the aircraft to continue the flight to Dubai (United Arab Emirates) as scheduled. The aircraft sustained minor damage to its exterior. The passengers disembarked normally and were taken to hotels to await continuation of the flight to Dubai.