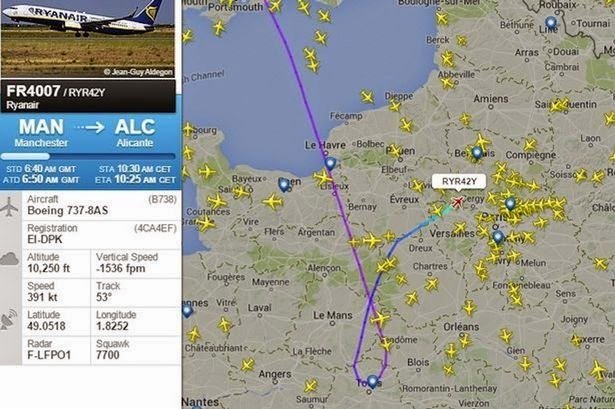 A Ryanair jet declared a mid-flight emergency as a passenger took ill on-board, forcing it to make an emergency landing near Paris.

Manchester to Alicante Flight FR4007 was diverted this morning, and touched down in France for around 40 minutes following the medical emergency.

It had taken off for Spain at 6.40am but when a traveller became ill, the pilot diverted to Paris Beauvais airport.

The sick passenger was met by paramedics off the plane and the flight then continued to Alicante, in Spain, around 40 minutes late.