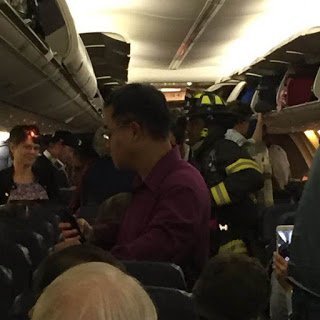 The pilot decided to fly back to the airport about 20 minutes after takeoff when the smell of smoke was detected in the cabin, Heath Montgomery, spokesperson for Denver International Airport, told NBC News.

The airline referred to it as “an electrical smell in the cabin”. Firefighters responded to the scene after the plane landed and were unable to find any signs of smoke or fire, Montgomery said.