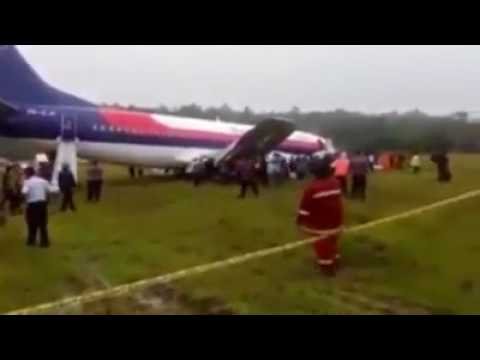 A Indonesian passenger plane carrying 146 people skidded off the runway as it landed in the eastern Papua region Wednesday, an official said, the latest mishap to hit the country’s aviation sector.

No one was hurt after the Boeing 737-300 (reg. PK-CJC) operated by domestic carrier Sriwijaya Air overshot the wet runway at the airport in Manokwari city, said transport ministry spokesman J. Adravida Barata.

TV footage showed people being evacuated from the plane, as it rested on its belly on grass next to the runway.

The airport was closed for several hours to remove the plane.