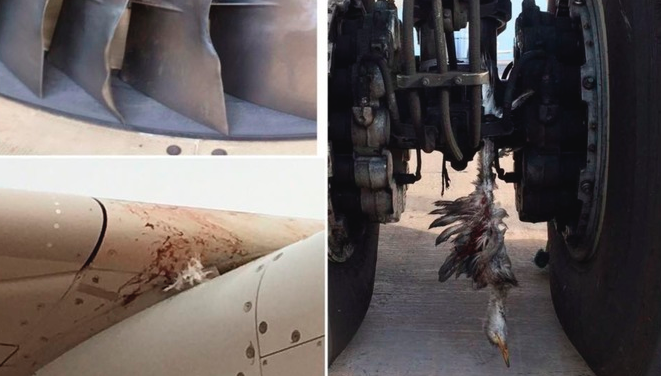 Thomas Cook Airbus A321 flight #MT1033 hit a flock of around 50 storks on Tuesday, damaging both engines. At least 13 of the birds were sucked into the engines.

The plane was carrying 170 passengers from Banjul airport in Gambia when it flew into the birds shortly after taking off.

Cabin crew Kayleigh Loveridge wrote on her Facebook: “We emergency landed, rolled at a very high speed and for a very long time with the fire engines following our trail until the aircraft eventually came to a halt.”

“The pilots and cabin crew responded extremely professionally according to their training and the aircraft returned safely to Banjul. The customers were accommodated overnight in Banjul and flown home on a different plane the following morning, while the damaged aircraft was repaired and arrived back in the UK last night. We apologise for the unavoidable delay to their return journey.”