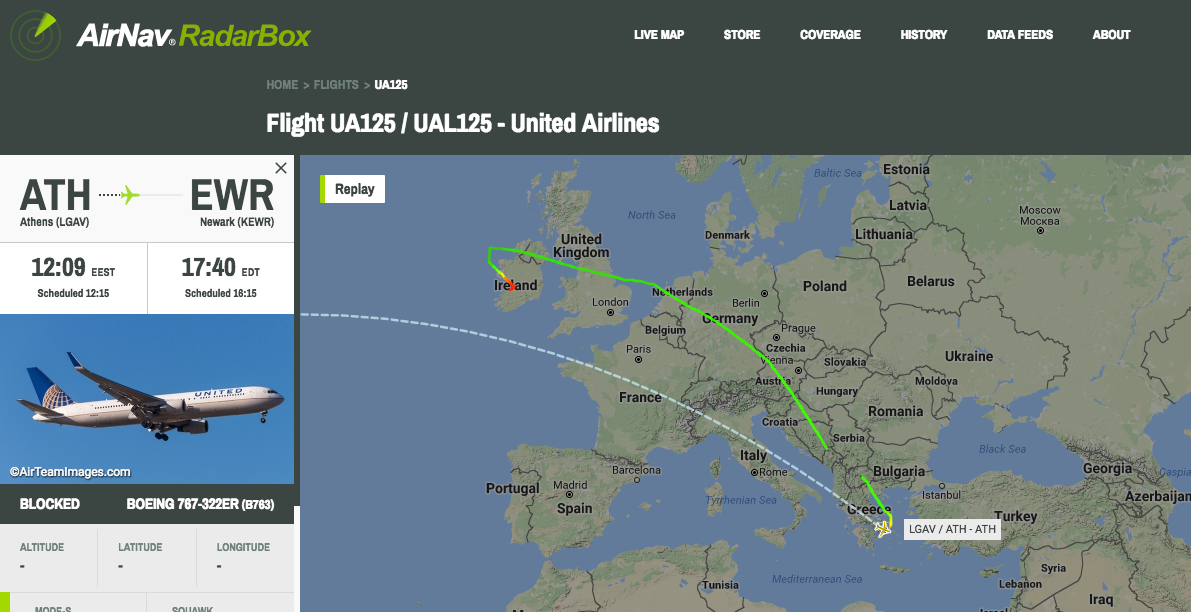 United Airlines flight #UA125 was travelling from Athens, Greece to Newark in the US.

The crew did not declare an emergency until just minutes before they were due to land, when they the confirmed they had shut down the affected engine.

The flight entered a holding pattern for a time but shortly afterwards, the pilot told controllers they had shut down the affected engine and were formally declaring an emergency.