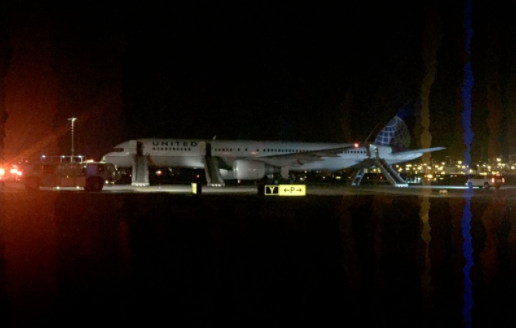 Newark Liberty International Airport in New Jersey was was shut down late on Tuesday night when 131 people were evacuated from a United Airlines flight after flames were spotted coming from one of the jet’s engines.

United Airlines Flight #UA1579 was on a taxiway bound for San Francisco at about 2100 ET when the flames were seen coming from the right-side engine, the Federal Aviation Administration said in a written statement.

Five people suffered minor injuries during the incident and travelers should expect delays throughout the night.

The Boeing 757 had been carrying 124 passengers and seven crew members.

Flight tracking website Flightaware.com issued an alert that all inbound flights were being held at Newark until at least 2300 ET.