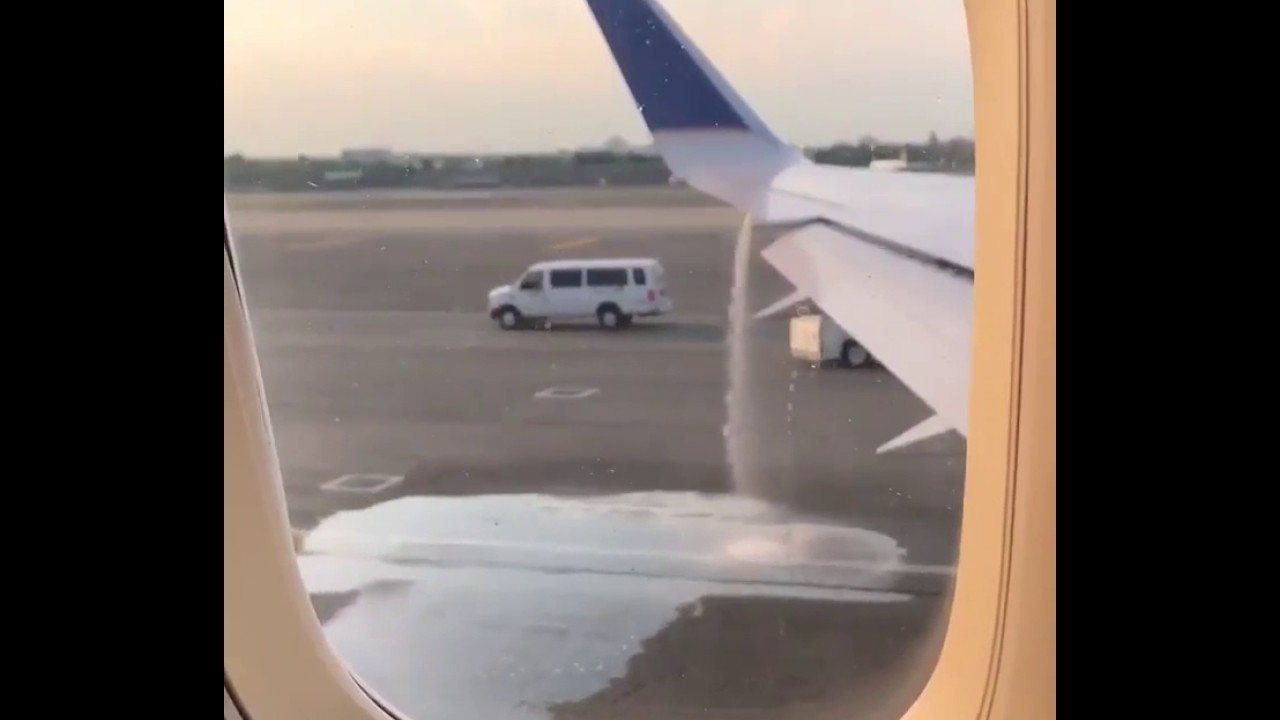 A passenger in a window seat on the Boeing 767 (reg. N677UA) at Newark airport saw fuel pouring from a  left wing tank while the jet was taxiing to the runway

United Airlines flight 170 had left the gate at 7.12pm for the 4,146-mile flight to Venice. The flight was cancelled, and passengers and their baggage were offloaded.

She said she showed the footage to the pilots. “They just looked at the video and they all kind of looked at each other, like, ‘We’ve never seen anything like this’,” she said.

A spokesman for the airline told the New York Post the flight “returned to the gate due to a fuel leak, and was later cancelled”.

Passengers who were booked on the incoming flight (#UA169) from Venice to New York are entitled to €600 in compensation, but those on the flight with the fuel leak have no statutory right to recompense.