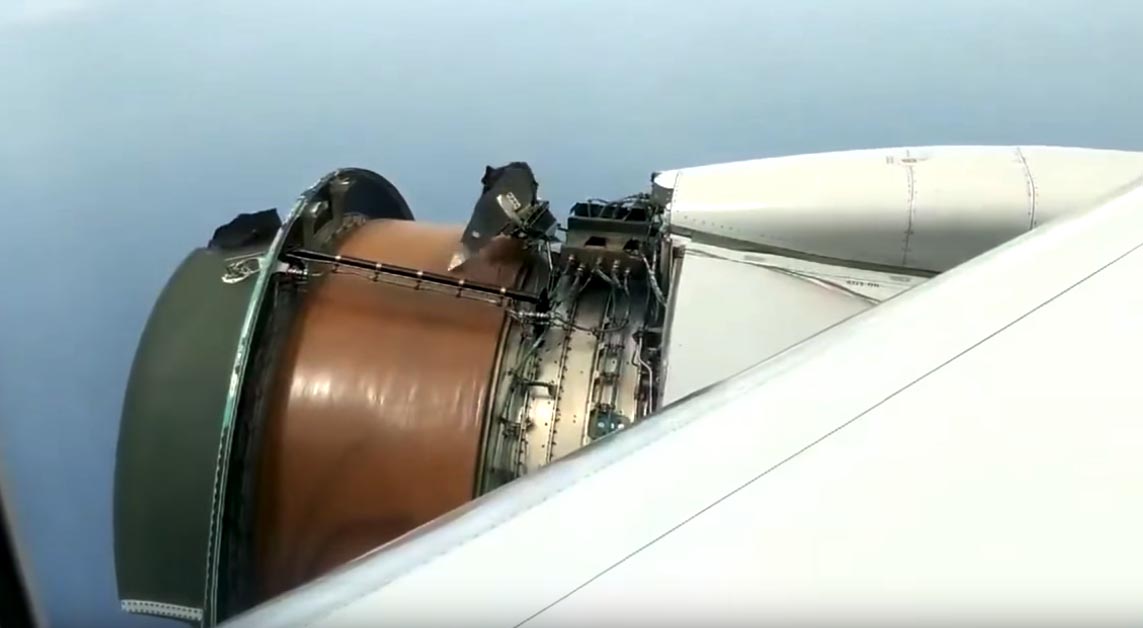 Passengers of United flight #UA1175 from SFO heard a loud bang and felt the plane shake violently. Those seated on the right side looked out their windows and saw pieces of metal flying.

By the time the plane touched down safely in Honolulu around 40 minutes later, the PW4077 engine was bare. 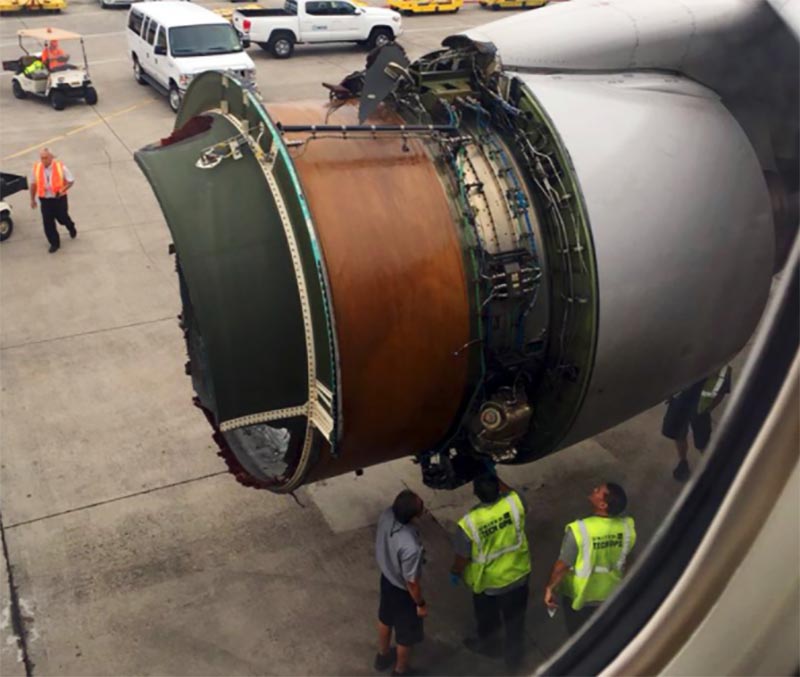 “United flight 1175 traveling to Honolulu from San Francisco landed safely after the pilots called for an emergency landing because of a loss of the engine cowling (the covering of the engine),” the airline said in a statement. “Our pilots followed all necessary protocols to safely land the aircraft. The aircraft taxied to the gate and passengers deplaned normally.”

INFOGRAPHIC Last communications after landing from #UA1175 at Honolulu.