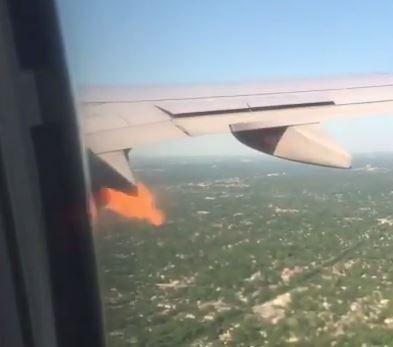 A plane taking off from Chicago’s O’Hare Airport was forced to return to the airport Thursday after one of the aircraft’s engines caught fire.

United flight #UA1738 to Miami took off from O’Hare at 7:45 a.m. on Thursday, but quickly circled back to the airport and touched back down at 8:24.

According to WPLG-TV, the plane struck a bird, causing the engine to ignite. The pilots reportedly shut down the engine after it began belching flames.

Passengers were switched to a new plane, and the flight was back on its way at 10:44 a.m. No injuries were reported during the incident.