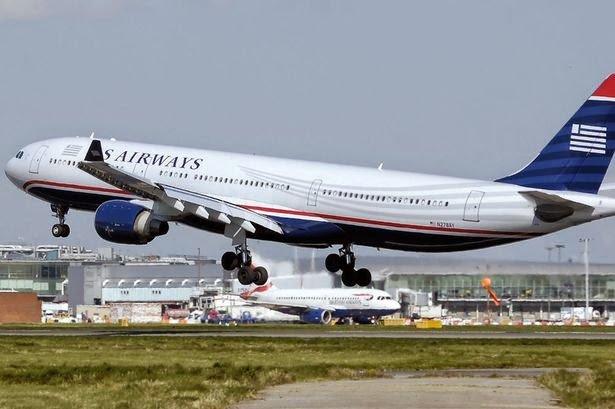 A US Airways flight has made an emergency landing in Rome after 11 members of the crew and two passengers fell ill, reports say.

The plane, which set off from Tel Aviv for Philadelphia, landed at the Fiumicino airport after requesting medical assistance, local media reported.

The crew and passengers were said to be suffering from red eyes and vomiting.

Those affected were checked by doctors at the airport before being taken to a hospital near the Italian capital.