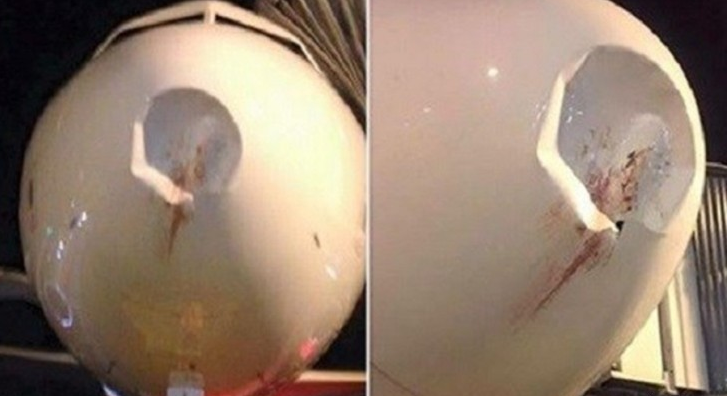 A Vietjet aircraft had to be grounded in Hanoi to fix its nose cone Wednesday night after a bird strike during a flight from central Vietnam, reported Thanh Nien News.

The nose of the Airbus320 was found dented and with blood stains when it landed at Noi Bai Airport. Its radar system was also damaged.

Tran Hoai Phuong, director of the Northern Airport Authority, said the plane landed safely and the passengers were fine.

A spokesperson for the budget carrier said it had to delay the next flight from Hanoi to Ho Chi Minh City for half an hour to look for a plane to replace the damaged one. Many later flights were also affected.