EMERGENCY Water leak on board British Airways A380 #BA56 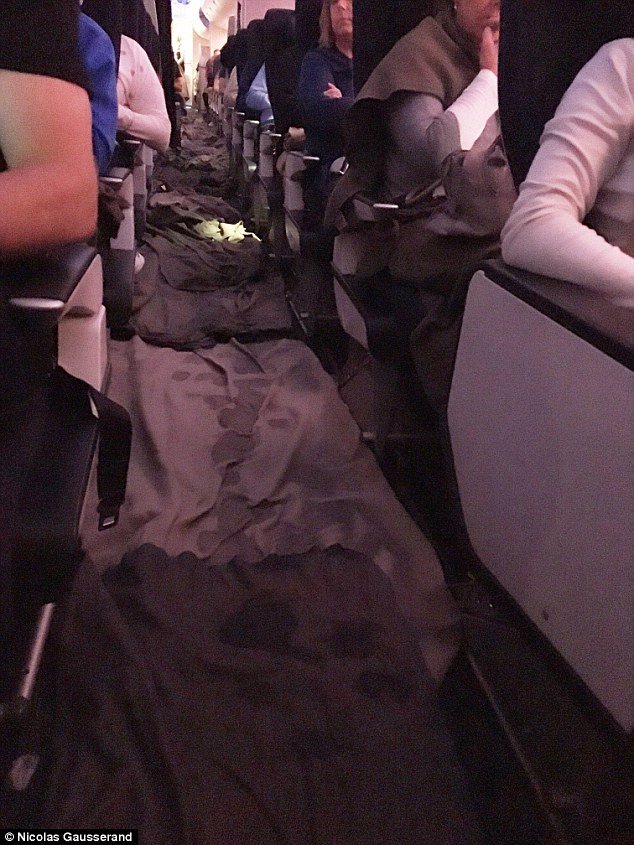 Staff rushed to put blankets down to soak up the leak, which originated from the upper cabin of the Airbus A380.

A spokesperson for British Airways told MailOnline Travel: ‘A trolley knocked a water pipe and unfortunately it caused a leak’.