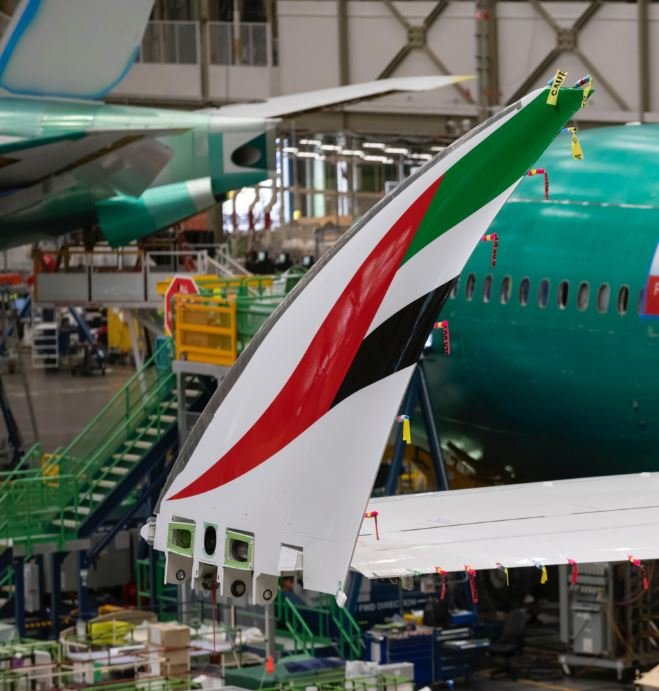 Emirates published on its Twitter account several photos of its upcoming Boeing 777X painted with UAE colors. We’re proud to see the UAE flag for the first time on the Emirates Boeing 777X. 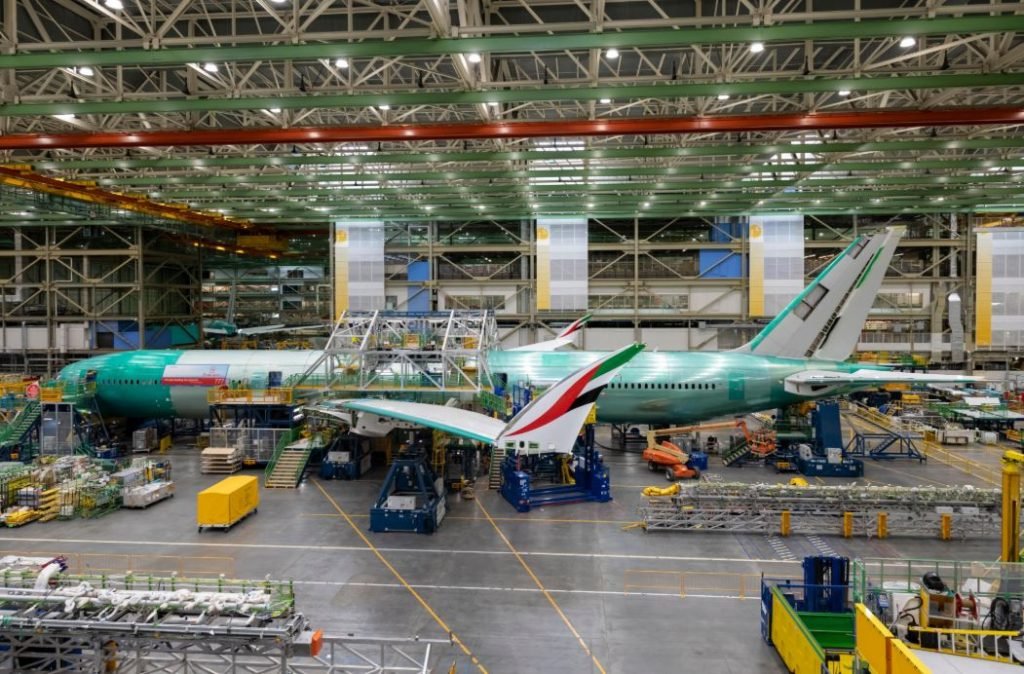 Boeing’s 777Xs will be powered by General Electrics’ GE9X engines, which are also the largest engines of the world.