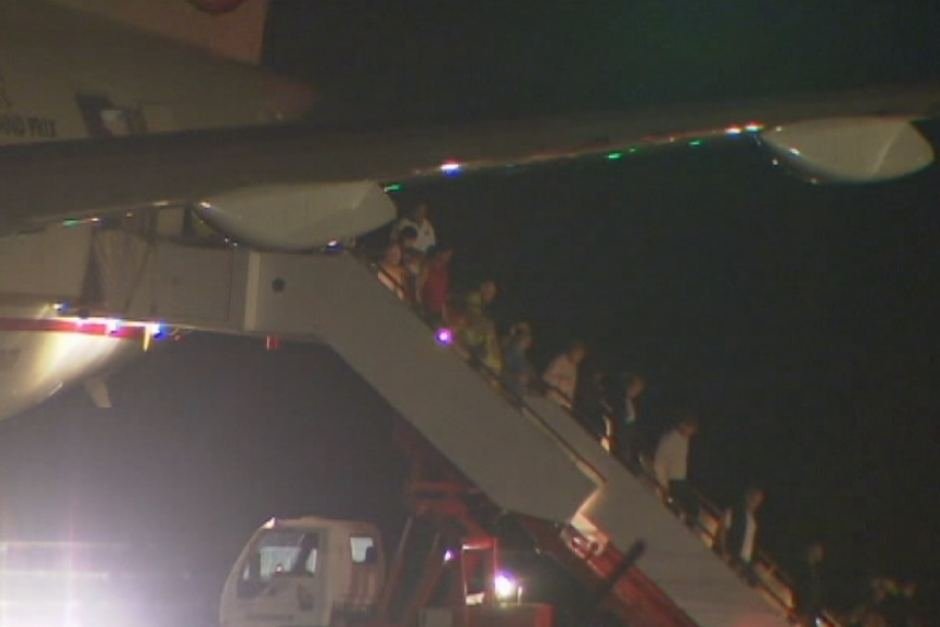 Etihad flight 450 from Abu Dhabi to Sydney was forced to divert to Adelaide early Saturday morning. The diversion was due to a warning light coming on in the cockpit. The B777 landed at Adelaide around 4.50am local time. Adelaide Airport has a curfew between 11pm and 6am, excluding emergencies. Passengers were deplaned on the taxiway and bussed to the terminal while the aircraft was towed to the gate. ARFF and the SA Metropolitan Fire Service (MFS) also attended the plane.

Local media intially reported that a smoke detector warning light came on. Etihad has since said that the issue was with an air recirculation fan in the cargo hold.

Passengers say they were told during breakfast service they were diverting to Adelaide with no other information given. Once the plane landed all 349 passengers were told to leave by the emergency exits at the back of the plane. Some passengers praised the crew while others complained of a lack of information with no Etihad personel at the airport. Etihad has no flights to or from Adelaide.

Etihad EY450 being towed to gate from where it was stranded further down the runway after emergency landing in Adelaide. Hope they’ve fixed the issue 🙃 pic.twitter.com/pmapJzTqHN

Passengers were given water, chips and blankets and also say they had no access to toilets for 3 hours because they were in a Customs controlled area. From about 8.30am the passengers were allowed back on the plane in groups of about 30 to collect hand luggage. They then needed to wait for baggage claim. Due to crew rest requirements, passengers had to be put on domestic flights to Sydney.

A passenger said they will be allowed on plane to collect their carry on then they will be booked on domestic flights. @7NewsAdelaide pic.twitter.com/Q6AtFLhZqI

Passengers, 30 at a time, are allowed to get their carry-on bags from the plane after Etihad flight emergency landing at Adelaide Airport pic.twitter.com/Jx0rsq092u

The unexpected arrival also meant that MH136 was delayed just over half an hour with Customs opening late while processing the Etihad arrivals. In total passengers spent about 5 hours at the airport before continuing on domestic flights. The diversion also meant the corresponding EY451 Sydney-Abu Dhabi flight was cancelled.

In a statement to media Etihad said:

“The aircraft landed at 5am (local time) and was inspected by engineers as guests were taken to the terminal and provided refreshments and regular updates.

“Due to crew rest requirements, Etihad is assisting guests to their ultimate destination on other airlines.

“Additionally, flight EY451, from Sydney to Abu Dhabi, has been cancelled. Guests who have been booked on the flight will be re-booked on later Etihad Airways services out of Sydney.

“Etihad Airways apologises for the inconvenience. The safety of our guests and crew is of paramount importance.”