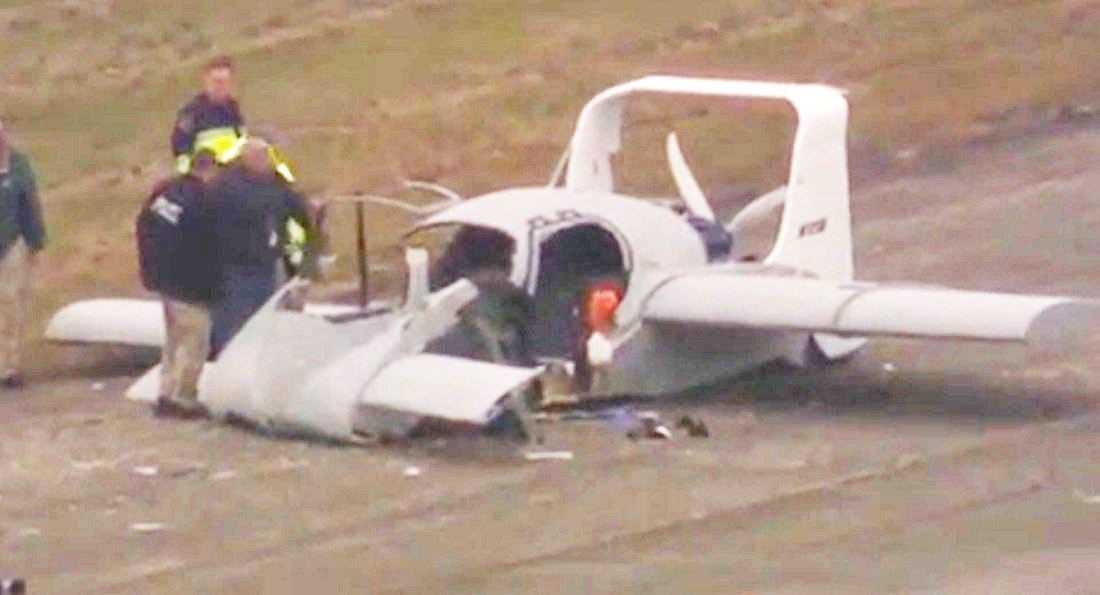 An experimental plane crashed on the runway at Willow Run Airport.

The plane is registered to a man who runs Detroit Flying Cars.

A spokesperson said that the owner of an experimental aircraft was conducting a test run at Willow Run about 1:15 p.m. During the test, the aircraft unexpectedly went airborne and then crashed. The owner was the only person on board, and he was transported to theh University of Michigan Hospital.

According to a post on their Facebook page, the FAA granted their Special Airworthiness certificate in July.

“Now we can start testing its flying characteristics. But we will be approaching it cautiously,” the post reads.