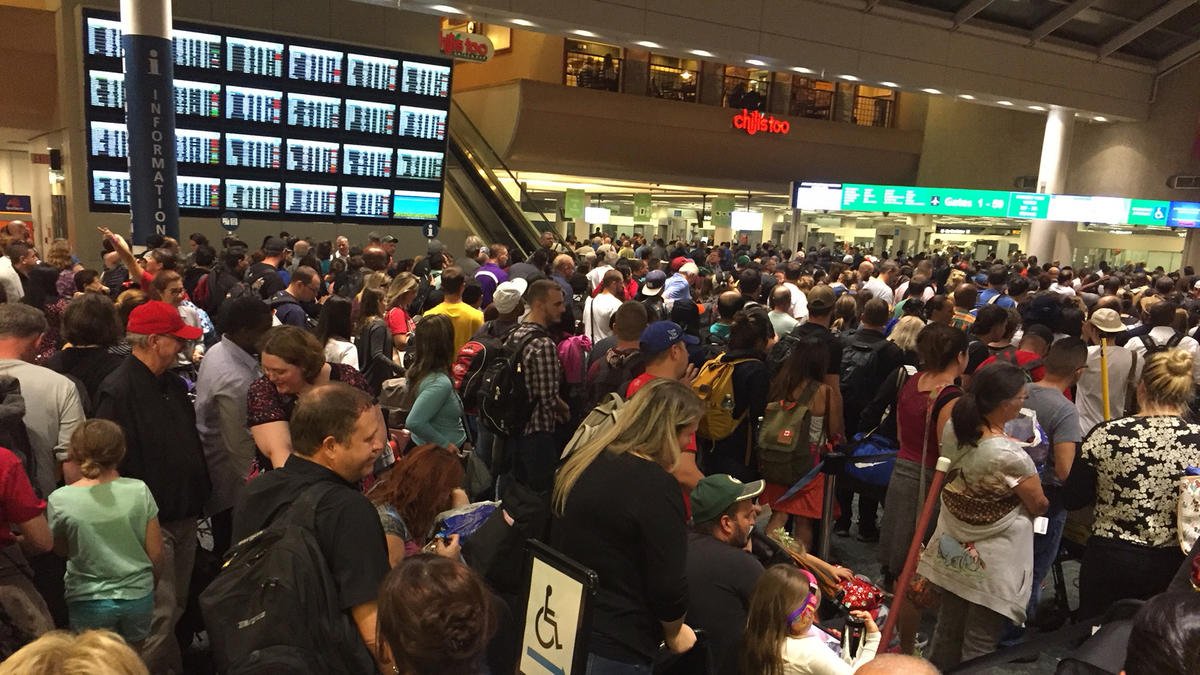 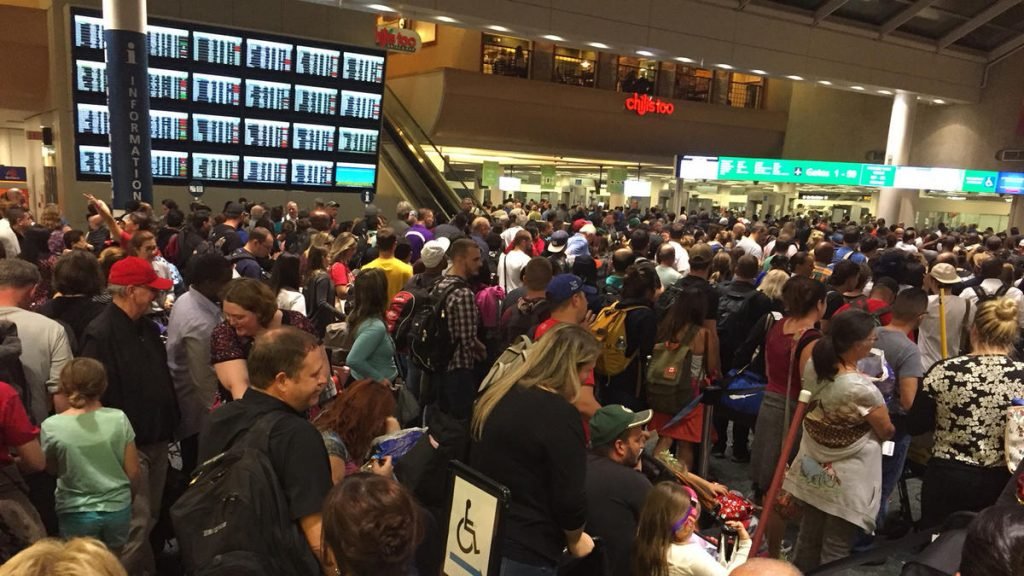 A camera battery exploded at Orlando International Airport on Friday night causing people to panic and the airport to be evacuated.

Shortly after the 5 p.m. incident, passengers were ordered to de-plane and people waiting at their gates were forced to be re-screened through TSA checkpoints.

According to the Orlando Police Department, the incident that prompted the delays was a lithium camera battery that overheated and exploded in the main terminal.

Authorities said no shots had been fired and there was “no danger to the public.” They said the camera bag was “smoldering.”

Airport spokesman Rod Johnson said the noise was reported shortly after 5 p.m. in front of the security checkpoint for Gates 1-59. He said a full ground-stop was issued.

Terminals A and B were evacuated, and trams were stopped temporarily, he said. The security checkpoints remained closed while authorities investigated the incident.