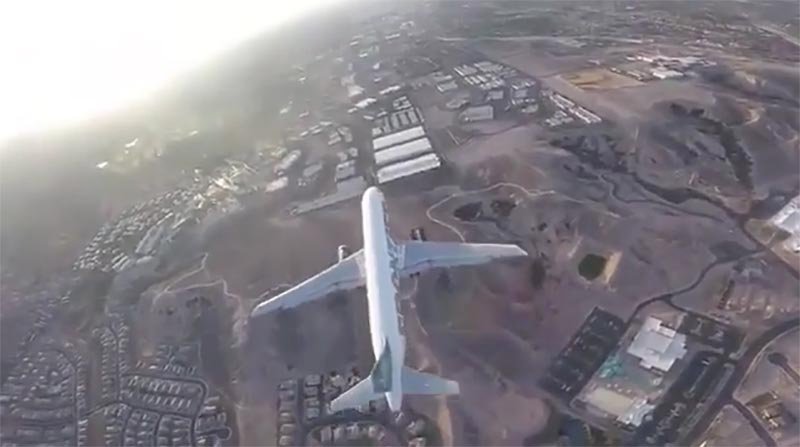 The Federal Aviation Administration is investigating an incident in which someone apparently piloted a drone right above a jet landing at McCarran International Airport in Las Vegas.

The footage, uploaded to social media, shows the drone taking off from Whitney Park, a little more five miles away from the airport, but doesn’t detail when the incident happened.

The video shows the drone hovering above the park with the plane flying in from the far foreground. When the drone turns around, it’s hovering right above the plane.

“We became aware of this incident this afternoon and we are investigating,” Ian Gregor from the FAA said.

People that fly drones unsafely can also face federal criminal charges including fines of up to $250,000 and even imprisonment for up to three years.