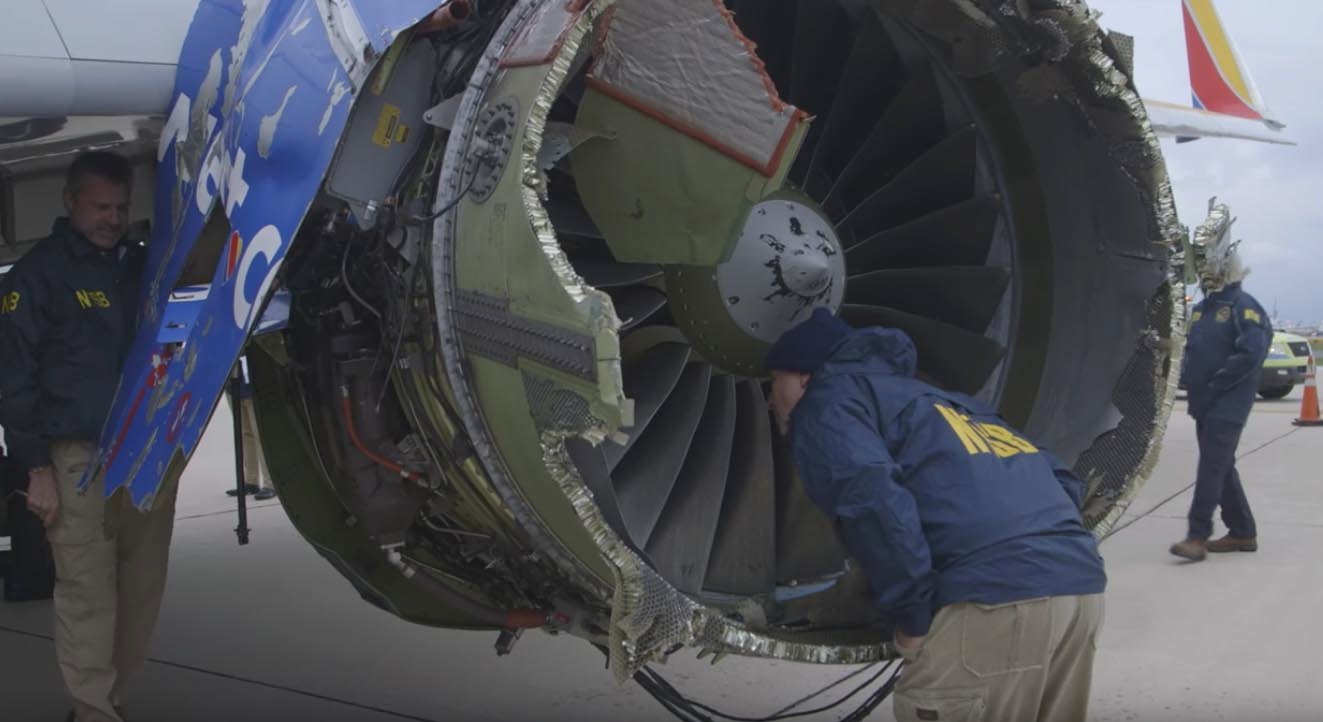 The U.S. Federal Aviation Administration said on Wednesday it would order inspection of some 220 jet engines after investigators said a broken fan blade touched off an engine explosion on a Southwest Airlines flight, shattering a window and killing a passenger.

The order, called an air-worthiness directive, would require an ultrasonic inspection within the next six months of the fan blades on all CFM56-7B engines that have accrued a certain number of takeoffs.

Internal cracks had developed in a fan blade that exploded out of a CFM International CFM56-7B powerplant on 17 April, severely damaged a Southwest Airlines Boeing 737-700 and killing one passenger, according to the National Transportation Safety Board.

The CFM56 engine on Southwest flight 1380 blew apart over Pennsylvania on Tuesday, about 20 minutes after the Dallas-bound flight left New York’s LaGuardia Airport with 149 people on board.

The explosion sent shrapnel ripping into the fuselage of the Boeing 737-700 plane and shattered a window.