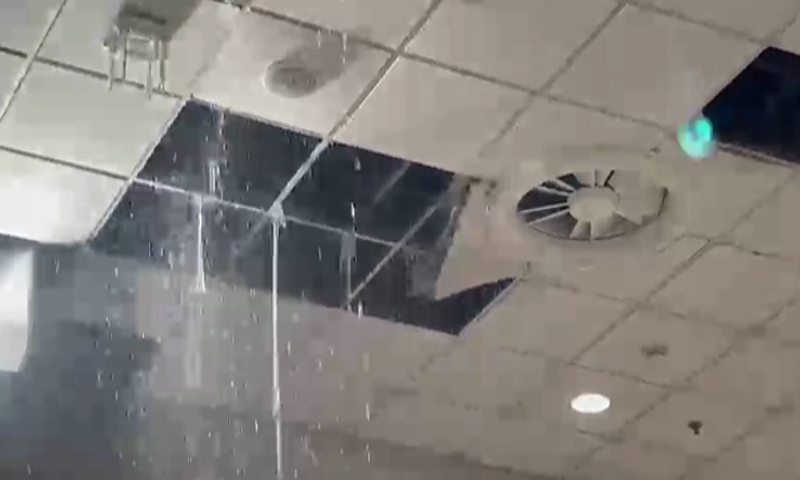 Parts of the false ceiling collapsed at Islamabad Airport, Pakistan, after heavy rainfall in twin cities of Islamabad and Rawalpindi on Monday.

The ceiling can be seen collapsed with water pouring out of it like an indoor artificial waterfall. The ceiling falling caused damage to many counters. The immigration centre was also damaged and the water caused the failure of many electronic devices.

However, officials said that the airport’s operations weren’t suspended. They added, “repair work was done right away and should be completed soon”. The officials are hoping that such trouble doesn’t happen again in the newly built airport. The new Islamabad Airport has been in operation since May 2018.

“The design of the outer ceilings is such that it allows for entry and circulation of air in areas where there is no air-conditioning. During high-speed winds, we sometimes encounter such a situation.”