Family of 8 stranded at Bangkok Airport for 2 months 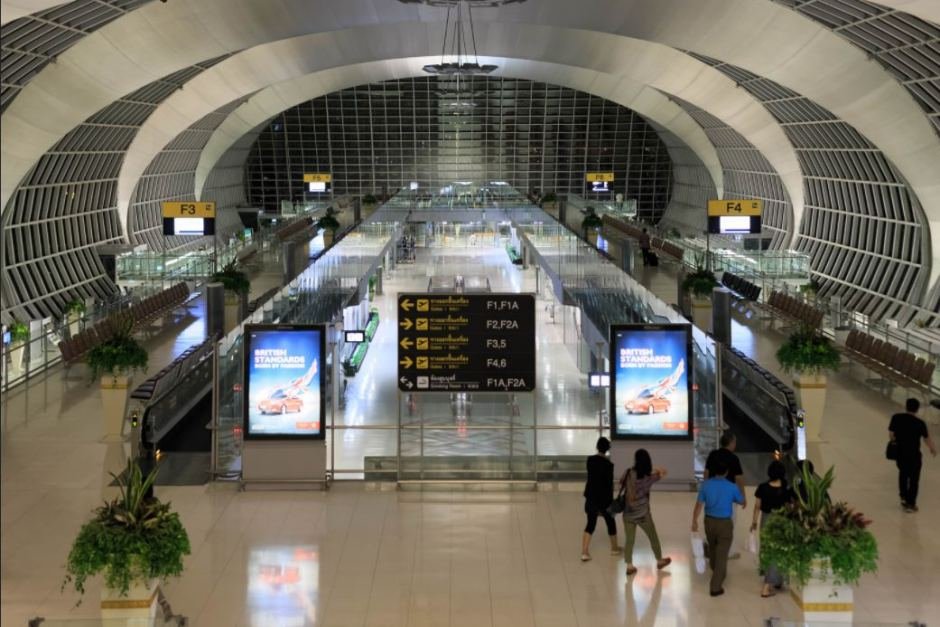 A Zimbabwean family of 4 adults (2 males, 2 females) and 4 children (aged 2,6, 7 and 11) have been stranded at Bangkok’s airport for 2 months. The family overstayed their visa by 5 months and didnt want to go back to Zimbabwe because of concerns over political tensions.

The family arrived at Suvarnabhumi airport on October 23 where they tried to board a flight to Barcelona via Kiev. They were denied boarding because they had no Spanish visas. After the airline sent them to immigration police it was discovered they had overstayed their tourist visa by 5 months. Immigration stopped them from leaving the airport. They then bought tickets to Spain transiting through Ukraine on November 7. They were then returned to Thailand on November 13 after landing in Ukraine because they did not have the correct visas.

Upon their return to Thailand they were detained at the Suvarnabhumi airport and were not allowed to re-enter the country. Arrangements were then later made with Ukranian International Airlines (UIA) to fly them to Dubai via Kiev. UIA said the family ended up cancelling tickets on the last leg of that journey which led them being returned back to Thailand from Dubai. They are under the care of UIA. Staff at the airport have been providing them food and necessities. They have been using the seats in the terminal for beds. Their plight came to light after a since deleted facebook post from an airport worker explaining the situation and showing him giving one of the children a Christmas gift.

They have applied to the UNHCR for asylum with Pol Col Cherngron Rimphadee from Thai Immigration telling BBC’s Thai Service “UNHCR, had “requested” that the family remain in Thailand as it was “working on a process… to send them to a third country.”” After comparasions to the movie The Terminal, Pol Col Cherngron Rimphadee said, “Please try not to compare this to the movie. Their situation is not as dramatic… actually they have plenty of options. They could travel to other countries that are willing to take them… We also offered to relocate them to our holding centre where there is childcare. But they refused. They are happy to stay here.” Thailand does not provide legal staus to refugees and asylum seekers.