ALERT Female passenger caught with 8 kgs of heroin at Airport 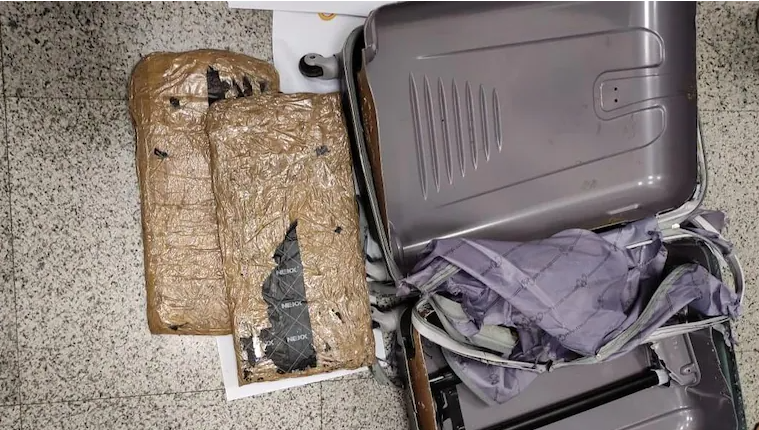 A Zambian lady was intercepted by detectives from the Department of Revenue Intelligence, Hyderabad Unit, after receiving hints that she was smuggling drugs.

She was caught with around 8 kgs of heroin worth approximately Rs 53 crore at Hyderabad’s Rajiv Gandhi International Airport on June 6. She was arrested and booked under the provisions of the NDPS Act 1985.

She had arrived from Doha on board Qatar Airways flight QR500. She initially denied any wrongdoing but later admitted to smuggling heroin. The officials are still looking into the drug’s origin. They have already begun questioning her about it.

She is believed to have arrived from Zambia via Johannesburg and Doha. The heroin was found beneath the pipe rolls of her baggage during an inspection.