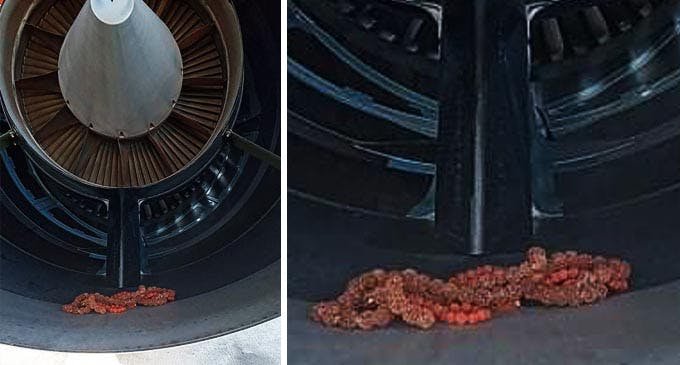 A Fiji Airways flight to Auckland was delayed after prayer beads known as “Rudraksha” was found in one of the engines.

The Airbus A330 was preparing for its flight from Nadi International Airport to Auckland. The prayer garland was found by Fiji Airways engineers undertaking pre-flight inspections.

A Fiji Airways passenger flight was delayed this morning after authorities found a prayer garland (Rudraksh Garland) in one of the engines. #FijiNews

In a statement, the airline said:

“Fiji Airways can confirm that foreign objects were found placed around the exhaust area of an A330 aircraft engine. Fiji Airways has reported the matter to Fiji Airports Limited and Fiji Police and understands that the Police are investigating.”

The Airbus A330 was immediately taken out of service. The flight was delayed by an hour and 20 minutes, and the repatriation flight was operated by another replacement aircraft.

“Out of an abundance of caution, Fiji Airways is undertaking a thorough inspection of this particular A330 aircraft and all others parked at Nadi International Airport.”